Home » Hardware » The 20 Most Expensive TVs in the World

TVs come in different sizes, and bigger usually means more expensive. But, that’s not always the case. The price depends on many other things, such as the TV’s audio-visual qualities and some other features you’ve never even thought of.

Still, for the fortunate few who can afford it, it’s worth paying a little extra (or more) for something that most of us use every day. If you’re wondering how high the price of a television set can go, then this article is for you. Let’s dive right in.

The Most Expensive Television Sets in the World

Here are the priciest TVs ever made, from the least expensive to the one that will surely blow your mind (and your budget).

Ever since Sony sold its first rice cooker in the 1940s, it has been a mainstay in the electronics industry. This TV, the Sony XEL-1, is the world’s first OLED television. Each pixel is a self-contained source of color and light, which means that the TV itself could be built thinner.

In fact, the Sony XEL-1 TV is the world’s thinnest due to this technology. For such an expensive device, though, the screen size is only 11 inches and the resolution is 960 x 540. It also lacks the ability to project primary colors effectively.

Nevertheless, it has two speakers, a memory stick slot, two HDMI inputs, and a 16-volt DC input, if you’re interested.

The Samsung Q950TS incorporates special technology that allows the picture to “escape” into the room. It boasts 8k image quality with a resolution of 33 million pixels to provide exceptional visuals.

You won’t have to worry about any issues with image quality because this 85-inch TV has a super-fast processor that uses deep-learning AI. It also has a game booster and a voice-activated amplifier that you can control via Alexa.

You can hang this TV flush to the wall, and there’s only one cable to connect everything. All four sides have built-in speakers, so you’ll always feel that you’re in the middle of the action.

The fierce rivalry between Samsung and LG has resulted in dozens of consumer products that can be described as the best in the world. LG’s Signature ZX TV is a superb example. The first thing you’ll notice is its monstrous size, but on top of that, it has 3D features, so the images are sure to take your breath away.

The resolution of 7,680 x 4,320 pixels is complemented by its fabulous sound system. OLED technology gives it intense colors, pitch-dark blacks, and infinite contrast. As a smart TV, it operates on webOS. The audio is powered by Dolby Atmos, and it has four HDMI inputs and three USB ports in total.

What exactly is an Ultra-Smart TV? Well, if you have the cash to burn, you can buy the Samsung UN85S9AF TV to find out. Its quad-core processor will let you watch all your favorite shows without any lags. It also has a built-in pop-up-style camera for videoconferencing.

This LED TV is only 0.2-inches thin, but it still weighs about 130 lbs. because of its enormous size. The resolution is 3,840 x 2,160 with a clear motion rate of 1,200. It features DTS premium surround sound 5.1 for maximum audio enjoyment.

If you want razor-sharp images on a 103-inch screen, you should get the Panasonic TH-103PF12U. This 1080p HD plasma TV is ideal for home or business use. It’s extremely heavy, so you’ll have to be extra careful when mounting it. Once it’s up and running, though, you won’t regret the backbreaking work you put into it.

Unfortunately, there’s only one HDMI port, no 3D support, and no Wi-Fi, ethernet, or Bluetooth. Still, the picture’s great.

Built on an entirely new frame design, the Samsung Class Q900 TV is in a class all its own. Measuring 98 inches, it has a built-in intelligent mode that optimizes sound and adjusts the brightness according to your surroundings for an immersive cinematic experience. Its ultra viewing angle reduces glare no matter where you sit.

This smart TV comes with OneRemote, which lets you easily detect and connect to compatible devices and content. It features Real Game Enhancer, which helps prevent tearing and stuttering, giving you smooth, lifelike visuals along with cinematic sound.

Sony’s Z9G is a gigantic 95-inch 8k TV with a resolution of 7,680 x 4,320 pixels. You can watch HDR-compatible content from Netflix or Amazon with ease, or you can use an HDR-compatible device by connecting via HDMI input.

For the optimum 4k ultra HD streaming experience, you’ll need at least 20 Mbps speeds from your provider. Furthermore, this TV is compatible with almost everything – including Alexa, Airplay 2, and Homekit.

The Panasonic TH-103PF9UK TV model has been discontinued, but it has plenty of fans who can vouch for its outstanding features. With a jaw-dropping 103-inch diagonal display, this unit is about the size of a compact car and weighs almost as much.

However, like all plasma screens, it’s incredibly thin. The overall dimensions are 8 feet x 5 feet x 5 inches. No wonder it weighs close to 500 lbs! Nonetheless, despite being the biggest plasma TV in the world, the picture looks smooth and natural.

What’s with Panasonic’s obsession with plasma TVs? Whatever the reason, it’s undeniable that the company produces the best plasma screens on the planet. The Panasonic TH-103VX200W is the most expensive one, and its awesome features make the price tag worth it.

Unlike other plasma models, this TV is 3D-ready. It has four HDMI ports, a DVI port, and a VGA port for maximum flexibility. The 1,920 x 1,080 resolution guarantees a crystal clear picture, and its dynamic contrast and static contrast ratios are both at 5,000,000:1.

With a curved AMOLED display, the Samsung UN105S9WAF TV is a stunner. It measures 105 inches diagonally with a resolution of 5,120 x 2,160 pixels, making it one of the brightest screens on the market.

For audio, you’ll get a DTS premium 5.1 sound system complete with a 40-watt woofer and 40-watt tweeter.

It weighs over 400 lbs, but mounting it isn’t necessary since it comes with its own branch floor stand. The stand is colored silver to match the TV’s black and chrome silver color scheme.

As its name implies, the Keymat Yalos Diamond TV is studded with diamonds around the screen – 160 of them, totaling 20 carats. Let’s not forget the white gold plating, too. But this TV’s beauty is more than just skin deep.

The set has provisions for 1080i and 720p high-definition picture formats and utilizes Pixelworks technology to ensure that the picture is as clean and sharp as its overall design.

Made by innovation leader Bang & Olufsen, this screen offers a full 1,920 x 1,080-pixel HD experience. There’s also a 3D version that was introduced in 2011.

Its elegant yet minimalistic design includes two beautiful speakers to level up your audio experience, and the gargantuan 103-inch display is the icing on the cake.

With a screen size of 110 inches, the Samsung UN110S9VFXZA TV is one of the largest on this list. The 3,840 x 2,160 resolution and 240 Hz refresh rate are unparalleled as well, ensuring that the image is as good as real life.

Add to that an amazing set of Dolby speakers, and you have the full audio-visual package. It also has voice interaction using Samsung’s Smart Control, so you’ll hardly even need to use the included Samsung Smart Touch Control remote.

Designed with a 176-degree viewing angle, the Sharp LB-1085 TV will allow you to sit anywhere and still see fantastically lucid images. It also features light-reflecting technology on its 108-inch LCD screen. This panel delivers beautiful 1,920 x 1,080-pixel resolution across every inch.

Equally suited for residential and commercial use, its large size allows it to be installed in a wide-open space. That’s why this TV is one of the most popular options for mall owners and advertisers, despite its hefty price tag.

The U9B Bendable UHD TV is the most expensive panel Samsung has ever made. Even though it will put a massive dent in your wallet, you’ll love its ability to transform from a flat to a curved TV with just a touch of a button. This means you’ll always have a panoramic view from whichever angle you’re watching from.

Boasting an audio enhancer, this TV will give you crisp audio to go with its gorgeous visuals. Moreover, the colors look natural because of its UHD upscaling and dimming features.

If you have a cool half-million to spare, you won’t regret getting the Panasonic TH-152UX1 TV. This 152-inch panel has an optional mount and wall-hanging bracket, but if you choose to hang it, you have to be sure that your walls are strong enough to support its 1,300-lb frame.

If you thought the previous Panasonic TV was heavy, you ain’t seen nothin’ yet. The C Seed 201 TV weighs in at 1,500 tons. This outdoor screen combines ultra-powerful technology with rigorously streamlined design aesthetics. Created by Porsche Design Studio, it’s the perfect embodiment of simplicity of form, quality, durable high-grade materials, and impeccable workmanship.

The TV screen is hidden in an underground storage casing, and you can activate it with a remote control. It takes only 15 seconds to reach its full height of 15 feet. Seven massive MicroLED panels unfold soundlessly within the next 25 seconds.

Along with a high refresh rate, these MicroLEDs can display up to 64 billion colors. It produces true-color images even in bright daylight.

This Prestige HD TV set was designed by Stuart Hughes, known for creating some of the world’s most expensive gadgets and smartphones. In addition to its solid gold and diamond embellishments, the luxe factor goes through the roof with the hand-sewn alligator skin covering the bezel.

The image and audio quality and size aren’t on par with the other TVs on this list, but if you’re a person who values aesthetics and doesn’t mind paying for it, this one is for you.

If you believe that size matters, especially when it comes to TVs, you won’t be able to resist the Titan Zeus – if you can afford it, that is. This giant measures almost 11 feet diagonally, which means that you’re going to need a huge room or a suitable outdoor space to appreciate it fully.

Besides being a 4k smart TV, it features touch-sensitive technology and a motion-tracking system.

The ideal TV for those who favor bling above all else, the Stuart Hughes Prestige HD Supreme Rose Edition TV is the world’s most expensive TV set. It’s about as costly as a Bugatti Veyron hypercar. The highlight of this impressive 55-inch unit is its bejeweled frame consisting of 28 kg. of solid 18-carat rose gold, and it’s embellished with 72 brilliant round-cut flawless diamonds.

Apart from that, there really isn’t that much to say about this TV. Only three units were ever produced, so if you’re looking to buy it, it’s best to keep your eyes peeled to see if one of them comes up on the auction websites. 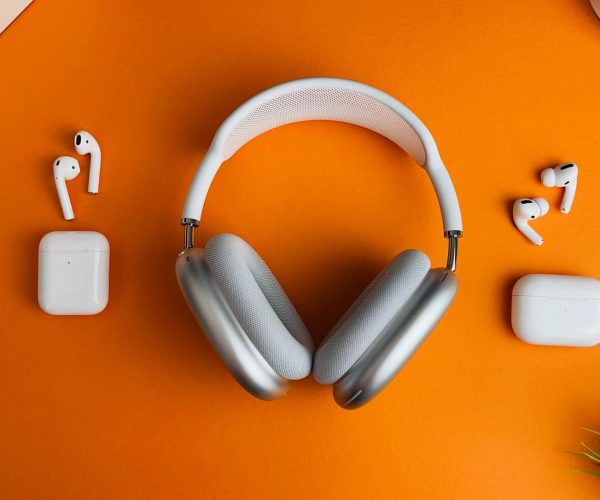 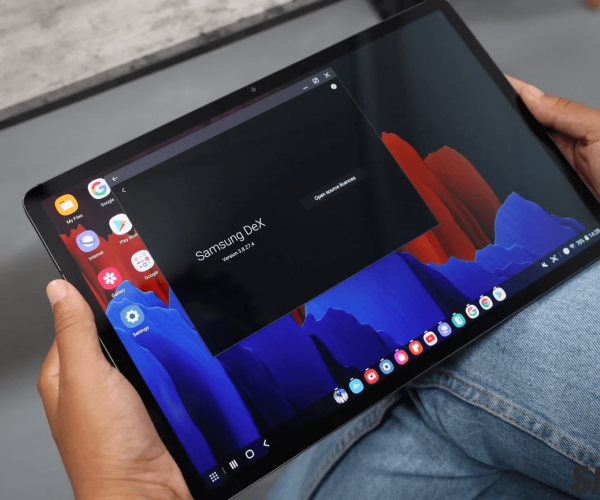 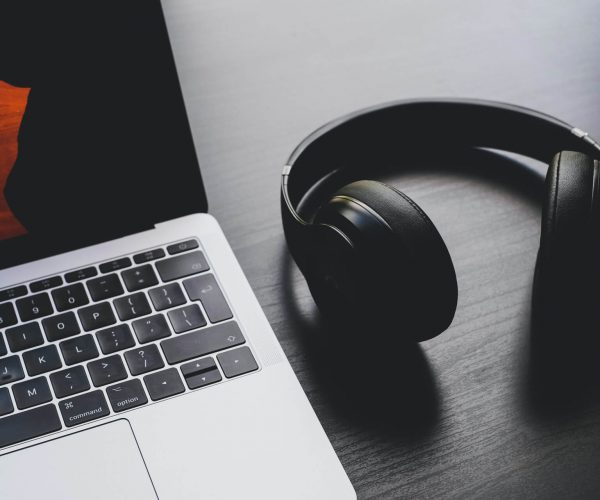 Best Over-Ear Headphones for Working Out