Home » Games » 11 Best Games Like Terraria You Should Try

Since Terraria came on the video game scene in May 2011, it has slowly but steadily garnered millions of fans. This deceptively simple 2D sandbox game is often praised for its exploration, crafting, building, painting, and combat features. It has received almost 800,000 “Overwhelmingly Positive” reviews on Steam – an astonishing feat given the stiff competition in the gaming world.

Sadly, though, nothing lasts forever. When developer Re-Logic announced the final update in 2020, devotees of the game went into mourning. Still, the aptly named update A Journey’s End closed the book on the game in grand style, adding new difficulty modes and characters for players seeking greater challenges.

But for many Terraria enthusiasts, it was time to move on to the next thing as well. If you’re one of those waiting for the next (literal) game-changer, you might want to play a similar game to keep you occupied in the meantime.

The good news is there are plenty of Terraria-like available out there. Some can be played on mobile platforms, such as iOS and Android tablets, while others can be enjoyed on various consoles like Xbox and Nintendo Switch. Some of these games can even be downloaded for free.

So without further ado, let’s take a look at our 11 recommendations.

Best Games You Should Try if You Like Terraria

Starbound is an intergalactic adventure that takes the player on various quests and story-driven missions. Free world exploration and the ability to customize the interior of the spaceship – the player’s vehicle – are part of its sandbox aspect.

Released by Chucklefish in 2016, Starbound has been described as practically a clone of Terraria. Nevertheless, its strange and unpredictable universe is sure to provide you with hours of entertainment, especially when you teleport down to unique, colorful planets to gather resources and construct houses.

Starbound sold 2.5 million copies just a few months after it was launched. It’s less pixelated than Terraria, and the depths and shadows in its shading make for sleeker gameplay.

Can we even talk about Terraria without mentioning Minecraft? These two games are extremely similar, except that Minecraft is 3D. There are no required goals to accomplish, but you can build complex structures, mine riches underground, hunt monsters, or simply hang out with your friends.

It’s hard to believe that Minecraft is over a decade old now. When Mojang Studios first made it public in May 2009, little did they know that it would become the best-selling video game of all time, with over 238 million copies sold and nearly 140 million monthly active users as of 2021.

The Caves & Cliffs Update that was released recently lets you explore bigger mountains, caves, and biomes by increasing the world height and depth. Such improvements are essential to its continued success.

Stardew Valley is a simulation RPG developed by Eric “ConcernedApe” Barone. He was developing the game as an exercise to improve his programming and game design skills. When Chucklefish offered to publish it midway through the project, he was able to focus on completing it. Luckily for both sides, Stardew Valley became a critical and commercial success.

Similar to Terraria, it’s relaxing and simplistic. The open-ended gameplay allows the player to grow crops, raise livestock, sell produce, and socialize with the townspeople. They can even get married and have children.

The beautiful soundtrack composed by Barone himself is worth a shoutout. Furthermore, many media outlets have praised Stardew Valley for its LGBTQ+ options and representation.

The objective of Rust is to survive in the wilderness using gathered or stolen materials. The player must stay alive by managing their hunger, thirst, and health, but the primary threat is actually other players since the game only has multiplayer mode.

Some people criticize the game’s difficulty, while others say they appreciate the satisfaction they feel when they can survive successfully. Because the game began as a clone of DayZ (a popular mod for the shooter game ARMA), it has drawn plenty of comparisons. However, Rust has the crafting elements of Minecraft as well.

Despite being fully released, this game continues to receive updates that introduce new weapons, vehicles, NPC-populated locations, and graphical overhauls.

If you’re looking for something with a more in-depth storyline and an end goal, unlike Terraria, you should check out Grounded. This survival game can be played solo using either a first-person or third-person perspective, although it also has a four-player cooperative multiplayer mode.

Inspired by the movies “A Bug’s Life” and “Honey, I Shrunk the Kids”, Grounded follows the story of the protagonist (or group of protagonists) who is shrunk to the size of an ant. They have to fight to survive in their backyard by getting enough food and water, crafting tools, and outsmarting aggressive insects.

The designers used artificial intelligence to govern the bugs’ behaviors within the game. This attention to detail is one of the reasons it’s so enjoyable, amassing five million players within six months of release.

Valheim took the gaming world by storm when it came out in February 2021, gaining the most number of concurrent players. This title used to be held by Terraria, so you can see how this open world survival craft game is a worthy successor to Terraria.

The player takes on the role of a Viking warrior who must bring order to Valheim – the tenth world in Norse mythology – by doing battle, building, and conquering. There are plenty of biomes to explore, such as the Black Forest, the Mistlands, the Deep North, and the Ashlands. Each one has its own unique enemies and items that dictate how difficult it is to survive there.

Published by Coffee Stain Studios, Valheim has sold five million copies in just one month after its release, and it’s presently one of the most-played games on Steam.

If you combine the survival and crafting aspects of Terraria and Minecraft and take them out to the open sea, you’ll get Raft. The game begins with the player on a raft in the middle of an ocean. Their only tool at the start is a hook for catching fish and taking objects out of the water. Leaving the raft is allowed, but getting swept away by the current or killed by sharks are constant risks.

The raft will pass by different islands that you can explore to get special items and resources. With updates such as June 2021’s Renovation Update, you could even build a veritable palace on top of your raft.

Raft can be played on Windows only; a Linux version was discontinued. It can still be downloaded for free on itch.io, where it was initially launched, although it is currently published by Axolot Games.

Don’t Starve follows a scientist named Wilson who finds himself in a dark parallel world known as the Constant. He has to survive as long as possible by staying healthy, fed, and mentally stable with supernatural enemies surrounding and trying to kill him. The bulk of the game is played in Sandbox Mode, but the second mode, Adventure, allows the player to battle the game’s antagonist, Maxwell.

The work of filmmaker Tim Burton influenced the game’s cartoonish Gothic art style, and the creepy atmosphere has been compared to writer H.P. Lovecraft’s books. Its distinct style made it a finalist for the grand prize at the 2014 Independent Games Festival awards. It also received honorable mentions for Excellence in Visual Art and Excellence in Audio.

Fun fact: Don’t Starve made a crossover with Terraria in December 2021.

Subnautica is an action-adventure game set on a remote ocean planet named 4546B.  Played from a first-person perspective, the majority of the game is an underwater environment. The player controls Ryley Robinson, the lone survivor of a waylaid spacecraft called the Aurora.

Although it’s very different from Terraria at first glance, it has the same creative and non-violent (or at least violence that’s non-realistic) characteristics. The excellent graphics and exciting gameplay make it a must-try among open world survival games.

Subnautica has won numerous awards, including Breakthrough Award at the 2018 Golden Joystick Awards and Fan Favorite Indie Game at the Gamers’ Choice Awards in the same year.

One of Terraria’s hallmarks is its addictive quality; the same can be said about Astroneer. Released by System Era Softworks in full in 2019, it’s still considered a newbie, but it has already proved itself as timeless and irresistible.

The game feels like a fusion of Minecraft and the sci-fi movie “The Martian”. As an astronaut (or more properly, an “astroneer”), the player ventures through different planets to look for crafting materials. Challenges can be completed with the collected resources, such as constructing buildings and reshaping the land.

This sandbox adventure game was specifically designed using curved geometric shapes and vibrant colors, so it offers a switch in ambiance from Terraria and Minecraft.

The sleek, realistic visuals of Ark: Survival Evolved are as different from Terraria’s 2D pixel art as can be. But beyond the awesome aesthetic, this survival adventure by Studio Wildcard is surprisingly similar.

The game’s open world, known as the Ark, can be navigated on foot or by riding a prehistoric animal. It’s approximately 19 square miles (48 sq km) in size, consisting of land and ocean. The player must establish a base to survive and perform tasks like feeding and taming dinosaurs.

Although Ark can be played in single mode, the multiplayer option allows you to form a tribe with other members on your server. Within a month of its early access release in 2015, it had sold over one million copies. It’s still going strong today, with sequels and spin-offs like Ark II and PixArk.

Nine years is a long time to stay on top, and by doing so, Terraria will forever be on the roster of best video games ever. It may be sad to say goodbye, but fans of Terraria can take heart that there are lots of wonderful and extraordinary games out there that are following in its footsteps.

Have you played any of the 11 games on this list before? Let us know what you think about them in the comments. 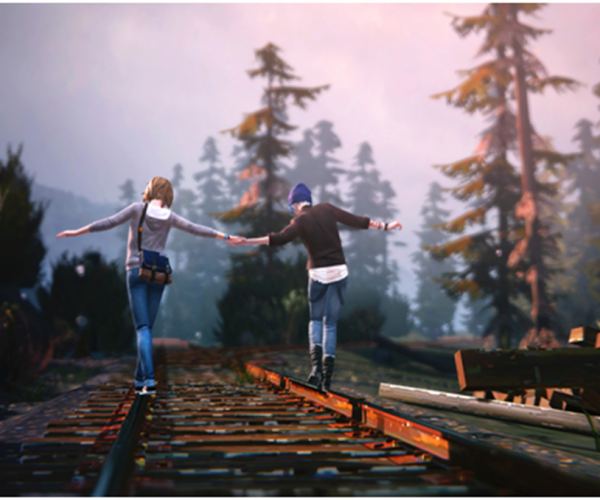 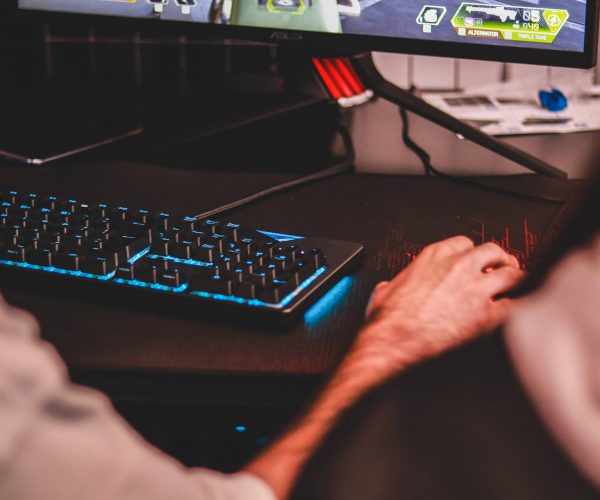 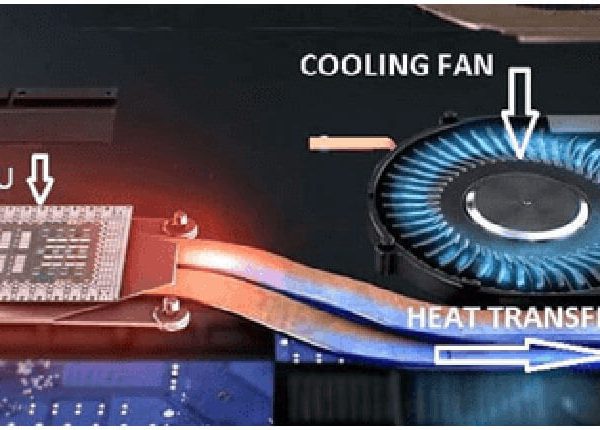