Anime fans are happiest when they’re locked in on a series that can make them laugh, swoon, and cry all at once. And of course, there has to be that cuteness factor. The perfect combination of all these things is the romance anime.

Whatever streaming platform you’re subscribed to – Netflix, Hulu, Funimation, or Crunchyroll – there are plenty of cute romance animes to watch. There’s something for everyone, whether your jam is the quintessential cute male lead, the mismatched couple, or the yuri relationship.

If you haven’t watched an anime movie or series before, you’re in for a treat. We’ve put together a list of old and new romance animes that will surely be a thrilling introduction to this genre. If you’re already an anime fanatic, you might find something here that you want to rewatch.

Best Cute Romance Animes as of 2021

This list has anime shows that are more on the comedy side with cute, awkward interactions, but there are also heartwrenching films and series that will make you cry buckets. Without further ado, here they are:

Your Name is a romantic anime film that became an international hit when it was released at the Anime Expo in Los Angeles in 2016. It tells the story of Mitsuha, a high-school girl from the quiet town of Itomori, and Taki, a male student living in bustling Tokyo. Despite having never met, the two inexplicably begin to switch bodies intermittently.

They learn that they can communicate with each other by leaving messages on paper, phones, and sometimes on each other’s skin. Their lives become intricately connected and hijinks ensue. The first half of the film is hilarious as they get used to being in a different body, but the latter half is an emotional, tear-jerking journey with unexpected twists and turns.

This film was critically acclaimed for its animation, music, and emotional weight. A live-action remake by Paramount Pictures is currently in the works.

Stream it on Prime Video.

Clannad was originally a visual novel that was developed for Windows. Later, it as ported to other platforms, such as PlayStation, Xbox, and Nintendo Switch. Due to it immense popularity, it was inevitable that it was adapted into an anime series.

The plot revolves around Tomoya Okazaki, a third year high school student whose mother died, leaving his father to raise him. He meets Nagisa Furukawa at Hikarizaka Private High School. She’s a soft-spoken girl who dreams of joining the drama club, and sets his life on a different trajectory.

This coming-of-age story unfolds in 40-plus episodes. It’s funny, cute, mysterious, and tragic all at the same time. Prepare to shed tears of hilarity and heartbreak.

Stream it on Hulu.

The title Toradora! is derived from the names of the two main characters Taiga Aisaka (“tora” or tiger) and Ryūji Takasu (“doragon” or dragon). Taiga takes an instant dislike to Ryuji, but it turns out she’s living in an apartment facing Ryuji’s house. The two find out that they have a crush on each other’s best friends, and they make an arrangement to set each other up with their crushes.

That might sound like your run-of-the-mill romcom, but Toradora! is so much more. The characters are relatable and have fantastic chemistry, and it avoids the disappointing tropes of many romantic comedies. Plus, it has one of the best romance scenes in all of anime.

Toradora! also came out as a visual novel video game on the PlayStation Portable in 2009. In it, the player takes on the role of Ryuji, moving around the school and town and working toward multiple endings that are part of an original storyline.

Stream it on Netflix, Hulu, and Crunchyroll.

Fruits Basket is one of the most beloved shojo manga of all time, and this 2019 series is a faithful anime adaptation. It covers the entirety of writer Natsuki Takaya’s original work, so fans will see be able to experience the story in anime form from beginning to end.

The story is about an orphan girl named Tohru Honda who moves in with the mysterious Soma family. She learns that the Somas are possessed by the spirits of the Chinese zodiac, with each member transforming into their zodiac animal when they’re stressed or hugged by someone of the opposite sex.

It’s a funny premise, but there’s also plenty of romance and drama. Throughout the three seasons, we get to see Tohru fall in love as she tries to break the family’s curse. The 63 episodes in total are perfect for weekend binge-watching.

Stream it on Funimation, Hulu, and Crunchyroll.

Nisekoi is just the thing if you’re in the mood for a lighthearted romcom. It follows two high school students, Raku and Chitoge, whose fathers are the bosses of rival gangs. To keep the peace, the fathers decide that their children must date. The problem is Raku and Chitoge hate each other initially, so they only pretend to be boyfriend and girlfriend.

Of course, Chitoge ends up falling for the cute male lead Raku, but then so do a number of other girls. That gives this anime a harem flavor, but it’s understandable since Raku is a charming character.

Nisekoi is animated by the famous Shaft studio and consists of two seasons. There’s also a live-action adaptation that premiered in December 2018.

Stream it on Hulu and Crunchyroll.

His and Her Circumstances

His and Her Circumstances, also known as Kare Kano, is the love story of two model students who are secretly extremely flawed. Yukino Miyazawa, a self-proclaimed queen of vanity, thrives on admiration. She meets fellow student Soichiro Arima who seems to be just as perfect as her, so she immediately wants to take him down a notch.

Although their relationship starts with antagonism and even blackmail, the two eventually become friends and develop romantic feelings for each other. They learn to be more accepting of their true selves and each other in the process.

The romance in this anime feels realistic and authentic, but the series ends abruptly after only 26 episodes. You’ll have to switch to the manga to find out how it ends. Still, you’ll love the unique balance of humor and drama of this character-driven love story.

Stream it on Prime Video.

Lovely Complex (or Love Com) is based on a romantic comedy shojo manga that won the Shogakukan Manga Award in 2004. The protagonists, Risa Koizumi and Atsushi Ootani, are the tallest girl and boy in class, respectively. Both are wracked by insecurity about their height, but they’re perfect for each other if only they can get over their height issues.

This series takes its time over 24 episodes to develop its adorable characters and their classically romantic relationship. The height problem is very relatable, because, let’s face it, who hasn’t fallen for someone who’s either too short or too tall by high school kids’ standards?

A live-action movie adaptation of Love Com was lauded as one of the best young adult films of 2009 by the Young Adult Library Services Association.

5 Centimeters per Second is a 2007 romantic drama anime film by award-winning animator, author, and manga artist Makoto Shinkai. The film is broken up into three segments: “Cherry Blossom”, “Cosmonaut”, and “5 Centimeters per Second”. Each part covers a period in Takaki Tono’s life and his relationships with the girls around him.

It gives a realistic view of the struggles many people have to face regarding time, space, and love. Its dreamy visuals and wonderful soundtrack capture the feeling of melancholy experienced by many people who can’t seem to find the love connection we’re all searching for.

5 Centimeters per Second won the Best Animated Feature Film award at the 2007 Asia Pacific Screen Awards. Because of this film, Shinkai has been hailed as the successor of the esteemed animator Hayao Miyazaki.

Stream it on Netflix and Crunchyroll.

High-schooler Chiyo Sakura has a crush on her schoolmate Umetarou Nozaki. She tries to ask him out, but he misunderstands and gives her his autograph. It turns out that the tall, handsome, and oblivious Nozaki-kun is an insanely popular shojo mangaka (manga author) working under a pen name. Chiyo becomes his assistant to get close to him.

Monthly Girls’ Nozaki-kun is incredibly funny, but it’s also very heartfelt because of its lovable characters. Besides Chiyo and Nozaki, you’ll meet their dorky schoolmates who serve as the inspirations for Nozaki’s manga, “Let’s Fall in Love”.

The theme song will give you last song syndrome long after you finish all 12 episodes.

Stream it on Netflix, Hulu, and Crunchyroll.

Your Lie in April

Your Lie in April is the story of Arima Kousei, a pianist whose career is derailed by his mother’s death. His passion is reignited when he encounters Kaori Miyazono, a free-spirited violinist. Together, they explore their complicated personal issues and become closer in a way that feels real and organic.

Although the manga this series was based on has gotten mixed reviews, acclaim for the anime is pretty much universal. The animation has been called moving and full of emotion, and the storytelling, masterful.

You’ll have 22 episodes with this series, so make sure to break out multiple boxes of tissues.

Stream it on Hulu, Crunchyroll, and Netflix.

My Love Story!! isn’t your typical romance anime that takes an entire season or even more for the couple to get together. But then, Takeo and Yamato aren’t a typical pairing, either. Takeo looks like a yakuza boss and Yamato is petite and shy. Her friends think he’s wrong for her, so the dynamic between the couple and their friends becomes an essential part of the story.

This anime series explores the lovebirds’ relationship as it grows. It’s cute without being sappy. Best of all, there are beach, Christmas, and Valentine’s Day episodes, just like a regular TV comedy series! It also has one of the most delightful theme songs in the anime world.

It’s only 24 episodes, but if that isn’t enough for you, you can try to look for the live-action film adaptation that was released in 2015.

Stream it on Hulu and Crunchyroll.

Who can say no to a cute romance anime? This genre’s got everything: love, friendship, comedy, angst. The next time you have some free time and want to watch something that will make you feel warm and fuzzy inside, just choose a title from our list. 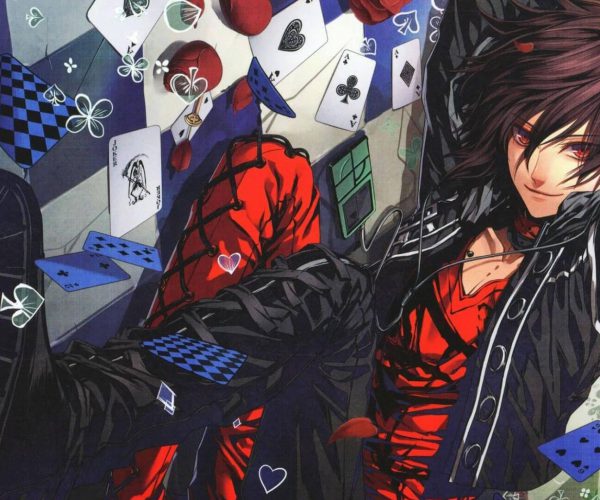